Shyamalamma is about 55 years old. She is married to T. Ramanaya, who also does not know his age, neither do they know how long they have been married for. But they do know that since Shyamalamma's onset of leprosy 9 years ago, their roles had to change. She could not carry water or cooking pots without fingers, so he took on the role of fetching water an cooking. She is able to clean the house.
Recently, a standing tap has been placed outside their home, so he has to walk 30 feet to the tap.
The government came and built a structure for a toilet - but nothing has been done there since the walls came up.
Because she has to walk with a stick for balance as she has lost her toes, when it rains, she can't go to the fields because her stick gets stuck in etc mud, and she can slip, so during the rains, she says she eats and drinks less than she normally does...
They have 4 children, and one of her married daughters lives in the village, so can come to help when required.
'General castes' have access to authority and power, and can complain about the facilities they lack - but schedules castes are even living in separate and identifiable colonies - so while the district has been 'confirmed' as being Open Defecation Free - no one in this village has a toilet. 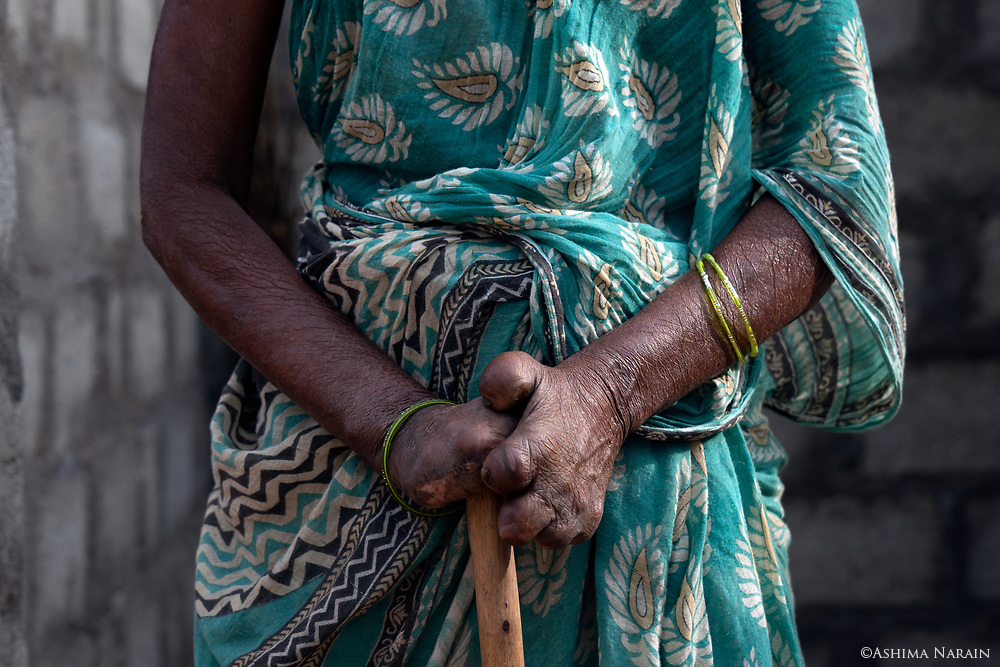